Things to do in Brasilia

The best things about Brasilia are the people, the natural environment, the weather and the food.

The people are sound and up for a bit of craic, there are some lovely natural areas around the outskirts of Brasilia and it's almost always warm - the temperature rarely goes below 20 ° Celsius and is usually closer to 30. I love their food. Barbecues are a big thing there and the best thing to eat is picanha. Picanha is a cut of beef from the rump of the cow, seasoned with sea salt and cooked over an open flame. Brasilian beef is lovely and their picanha is amazing. 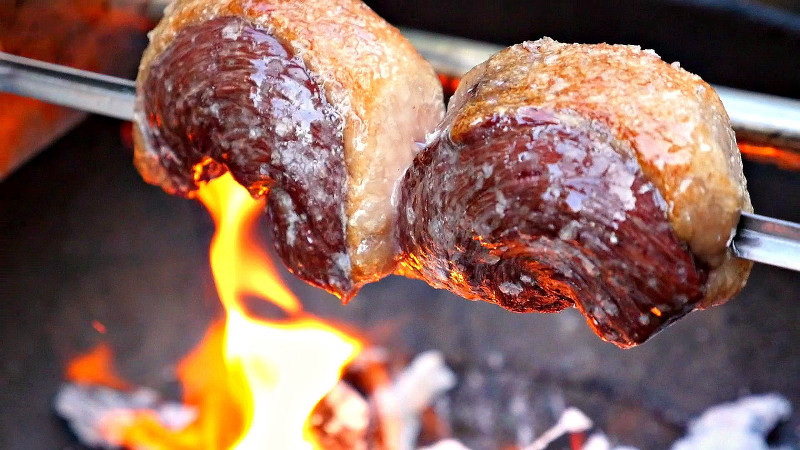 Another thing that should be tried is Brasilian cheese bread, called "Pão de Queijo." It is not actually bread. It consists mostly of the flour of mandioca, cheese, eggs and oil. It is usually eaten for breakfast, but really, it makes a great snack for any time of the day - it goes with everything. Eat it warm, straight out of the oven is best. 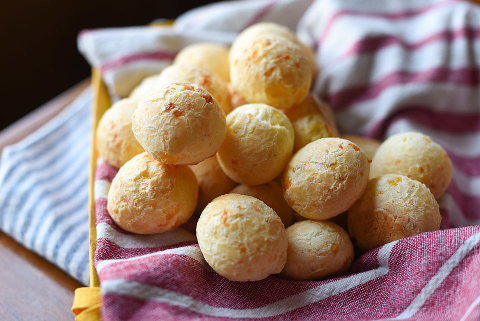 Drinks-wise, coconut water is lovely to drink on a warm day, especially straight from the coconut. I suspect, like dulse, it has been imbued with more health benefits than it actually has, but it does genuinely taste very health and refreshing.

In terms of alcohol, the most popular spirit is cachaca, which is not so nice when taken straight but does make the lovely cocktail called caipirinha. Also, they have a surprising amount of nice beers both native and foreign. 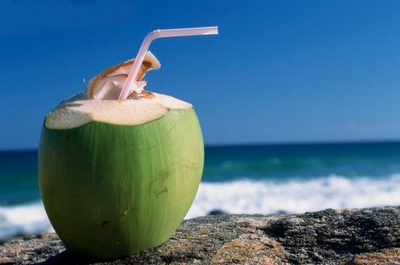 Hands down, this is our favorite restaurant in Brasilia and it's one of the cheapest. Run by what seems to be a family of old men, it's a very basic venue, situated in a part of the city that is not very nice and it's only open until 4PM. The food is amazing - the picture does not do it justice (it really does not).

They use Argentinian beef and the picanha there is the best I have tasted. All of their food tastes homemade and they give you a lot of it. For a meal, and beer, for two people (and food that could feed at least 3 - could have bigger plates, to be honest), it costs around BR $ 130, which is about € 30. 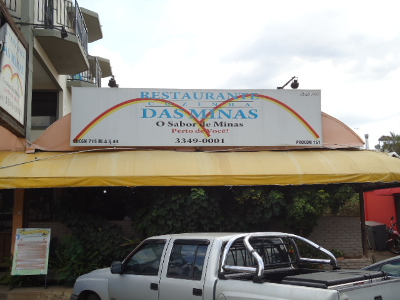 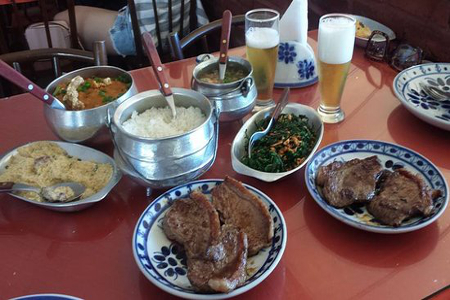 There are two styles of restaurant common in Brazil. One is the buffet. The other is rodízio, where the waiters or waitresses continually come to your table with different kinds of meet. Floor fire combines both styles and their food is great. The only problem is deciding what not to eat.

A very nice Italian restaurant with some Brasilian and fusion dishes. It has a nice ambience too. It's usually busy, so a reservation is necessary. 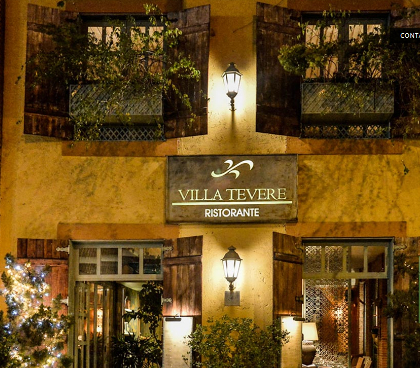 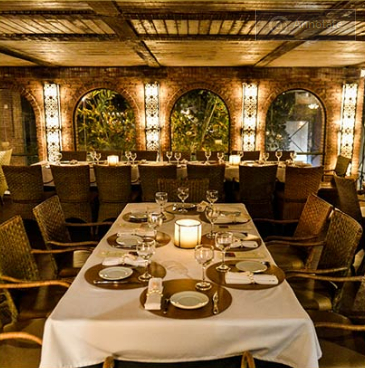 An Australian-themed steakhouse. Never had the steak there because we always have the pork ribs, which are amazingly tender and delicious. Brasilians love this place because of the ribs, which is saying something because pork and lamb are not so popular there, strangely enough. It's all about the beef, I suppose. It's always busy in Outback. You have to wait for half an hour or so to get a table, but they have a bar and it's located in a shopping center, so it's not so bad. They give you a kind of device that beeps when you're table is ready. The idea is you can go away and do other other things rather than stay there waiting. 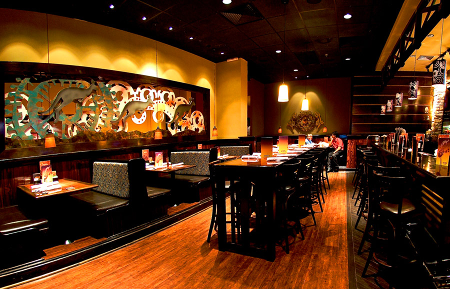 It has a restaurant vibe but it's really all about the burgers. They make good ones and serve them between warm, freshly baked bread. It's not as busy as you might expect. It is also located in a shopping center, more central one, and they also give you the device to alert you when you're table is ready. They have a bar too. If you have a bar, it's grand. 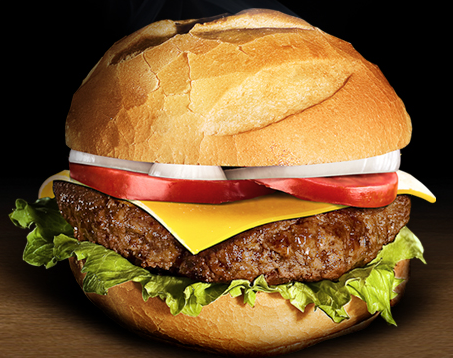 Although there is no particular area that has a high concentration of pubs and clubs in Brasilia, like any major city, there are a lot of them around. Pretty much every street would have at least one pub and most of them would have an outdoor space. Many of them are quite down-to-earth but there are plenty of upscale establishments too. My favorite pub has actually closed - the next best one is Godofredo. It has a nice atmosphere and they have a good variety of craft beers. 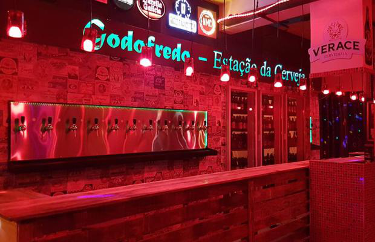 A typical pub in Brasilia.... 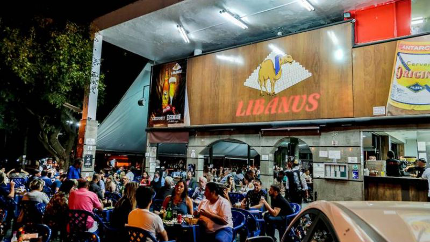 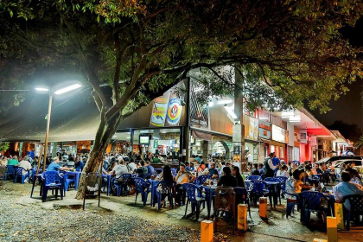 Whilst man-made, Lake Paranoá is probably the nicest place in Brasilia to spend time outdoors. It's not free to spend time on the lake (unless you stay in Casa Bombordo). It costs about €8 per hour to be there, but that includes the use of equipment for the various activities that can be done on the lake, such as kayaking, wind and kite surfing, or just "SUP" (Stand Up Paddle).

The lake is 80km in circumference and the water is always warm.

Do remember to bring sunscreen. 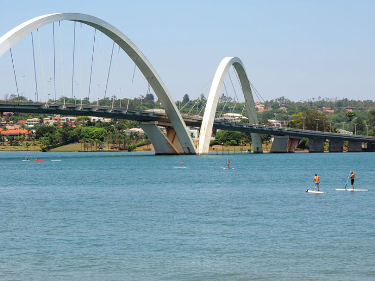 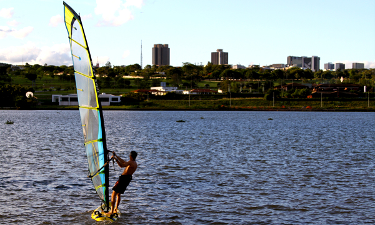 It's a park with a massive natural pool. It's a great place for kids. Weekdays are usually calmer. 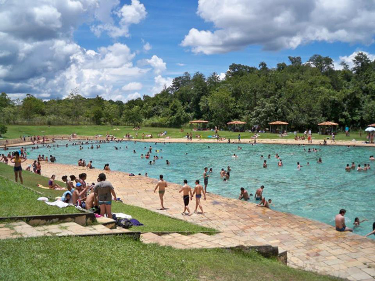 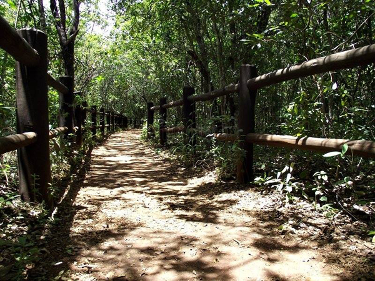 Chapada Imperial is a private ecological reserve. The place is at the highest point of the Federal District. The ecological trails are natural and there are more than 30 waterfalls visitable. 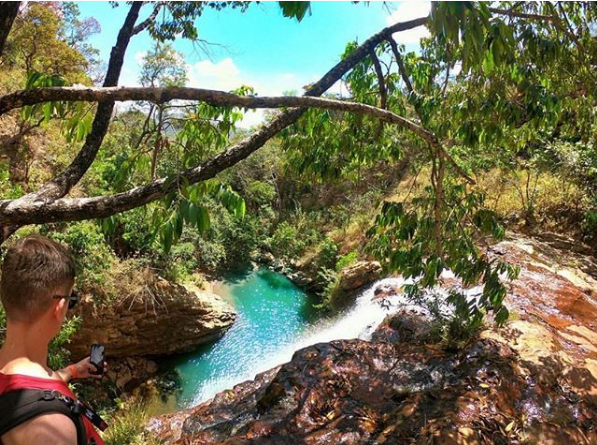 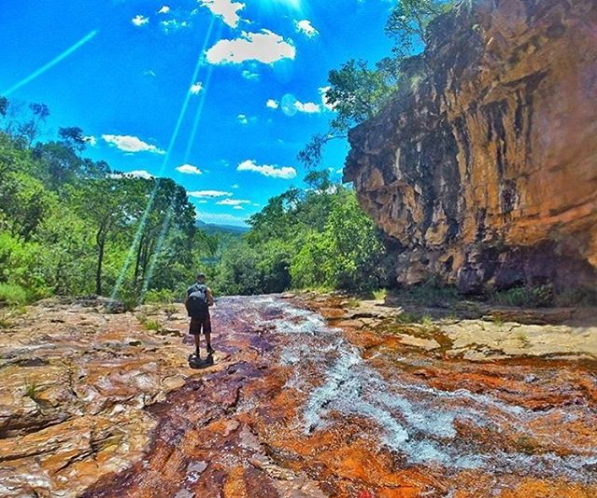 How to get Around